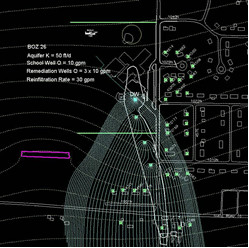 In the spring of 2002 a strong gasoline odor was reported in the drinking water at a small bulk petroleum facility in northern Indiana. Subsequent testing of the water revealed the water on the site contained high levels of gasoline constituents, including benzene and MTBE. Further investigation showed that an elementary school (located 1,700 feet downgradient of the site) serving 450 students had MTBE in its water supply at a level ten times greater than the State drinking water advisory level. The site owner directed Mundell to prepare a Corrective Action Plan to rapidly remediate the petroleum constituents in the site groundwater and in the downgradient plume.

The groundwater modeling indicated that the time-to-cleanup for the optimal four-well recovery well scenario with discharge of clean water into an infiltration trench would require about 2 to 3 years from the start of active pumping. Actual remedial results since system startup have confirmed the accuracy of these predictions as site groundwater conditions are nearing the achievement of cleanup goals during this time period. 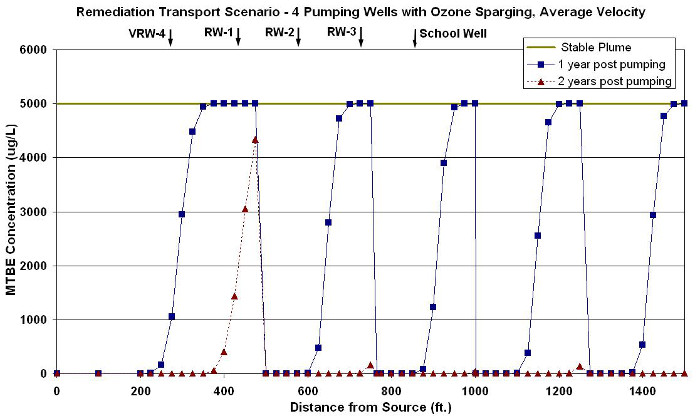