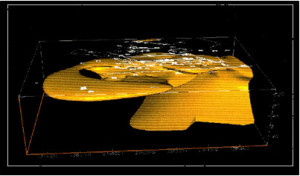 A lawsuit filed by the Koppers Company against a group of insurance carriers sought coverage for past environmental releases at a number of facilities nationwide. One facility, a designated Superfund site in Florence, South Carolina, had been impacted with organic chemical and pesticides resulting from the treatment of wood with creosote and other chemicals. Soil and groundwater sampling at the site revealed a wide distribution of horizontal and vertical impacts from different types of plant operations, including discharge of creosote-containing wastewater into storage lagoons. As part of the lawsuit, Mundell personnel were hired as expert witnesses to determine the identity of existing data gaps, determine chemical source contributions from the various areas of the site, develop life-cycle remedial cost estimates, and testify in the trial proceedings.

Mundell evaluated the extensive data collection efforts, including historical operations, soil and groundwater investigations, media sampling and analysis results, and remedial action plans. To aid in assigning quantitative estimates of chemical source contribution, Mundell personnel developed a three-dimensional model of the distribution of various organic chemicals across the site. The Earth Vision software was then used to estimate the mass of site-specific contaminants of concern (COCs) that remained in the soil and groundwater.

The results indicated a complex pattern of chemical source distribution resulting from both heavier than water and lighter than water chemical releases. Ultimately, the analysis was used to support source contribution analysis, and assign liability for the costs of cleanup.