You are here: Home / Community Involvement / The Inaugural IrvingtonCache

Geocaching is like a treasure hunt in which you use advanced mapping skills and Global Positioning Systems’ support to locate the positions of special ‘targets’. Geologists use this technology in their daily work to develop maps for engineering and environmental projects as well as to display geologic and environmental data.

The IrvingtonCache happened during October 16 from 3pm-7pm. We provided the first location (coordinates) on the Mundell website. When the first target was found, it provided some very interesting facts about Indiana Geology and Environmental science, and also had the coordinates for the next target.

After the participants found all 5 targets (which took about 1 hour by foot), they found the final coordinates of the “Geologic Treasure Trove” to collect prizes!

Children and their families participated in the “hunt,” and all were enthusiastic including some teachers who brought their students and received a Mineral Kit for the classroom.

In addition to the day of the event, the preparations for the Irvington Cache were exciting. The Mundell interns worked to find places to hide the clues and information in some of the most relevant buildings of the Irvington’s neighborhood such as the Benton House, Bona Thompson Memorial Center, the Coal Factory, Presbyterian Church and the same Mundell & Associates’ building 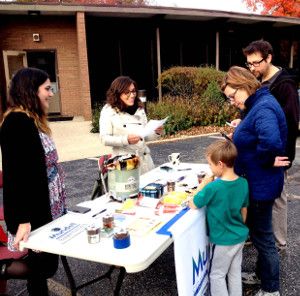 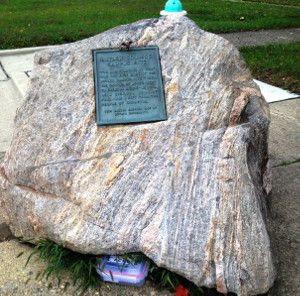 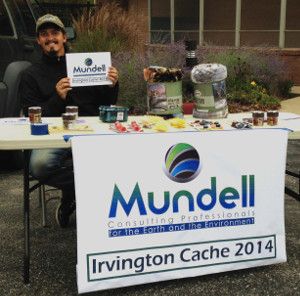