You are here: Home / Portfolio / Groundwater Flow and Contaminant Transport Model Used to Evaluate Threat to Human Health and the Environment 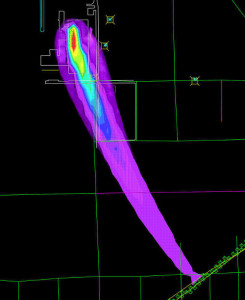 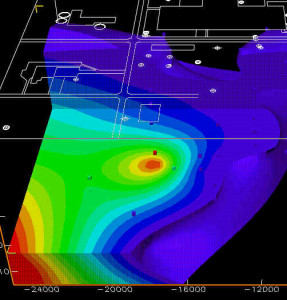 Mundell personnel performed two- and three-dimensional analytical and numerical modeling of the groundwater and the chlorinated solvent plume. Of particular concern were the potential impacts to the municipal well field and a nearby river if the remediation system were shut down.

The results of the modeling study indicated that even in a “worst-case” scenario, shutting off the site remediation system would not result in discharges of chlorinated solvents into either the Main Street Municipal Wellfield or the nearby St. Joseph River. These results were incorporated into the formal Risk Assessment for the site. Based on the Risk Assessment, and after confirmatory testing, the site owner received a Covenant-Not-to-Sue from the State regulatory agency.