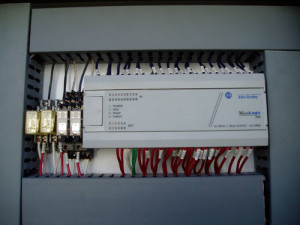 The operation of a remediation system overseen by Mundell was observed to be inefficient. The system’s logic program was actually damaging the equipment. The PLC control program for the system was written in such a way that when an alarm condition was detected, the system shut down for 10 minutes and then reset itself instead of remaining idle until manually reset by an O&M technician. This caused equipment to cycle on and off rapidly, causing undo wear. This also prompted concerns about water treatment since the equipment was repeatedly shutting down. Thus, when an alarm condition occurred, this self-restarting of the system required the technician to plan a site visit almost immediately. Another complication that arose from the programming was that because of the built in reset, the system could not be reset manually on site. The technician would have to wait the 10 minutes for the system to reset if an alarm was inadvertently triggered by routine maintenance or for troubleshooting purposes.

Mundell wrote an entirely new PLC program to address these issues. A Mundell technical specialist, using specialized PLC ladder logic software, created a program that would emulate the system operation under the existing logic programming, while incorporating an improved shut down procedure in the event of an alarm condition. A sub-routine to allow for a manual reset of the system was also incorporated into the new program.

After implementing the new program, the remediation system ran much more efficiently than it had with the old programming. The new logic program shut down the entire system and initiated an alarm notification any time an alarm condition was detected. This enabled the O&M technician to schedule a site visit at a convenient time rather than having each alarm create an emergency. With the addition of the direct reset feature, maintenance and troubleshooting procedures were made much more efficient. A procedure that caused an alarm to trigger twice would have consumed 20 minutes just in resets with the old program. With the new program, resetting required only the push of a button. 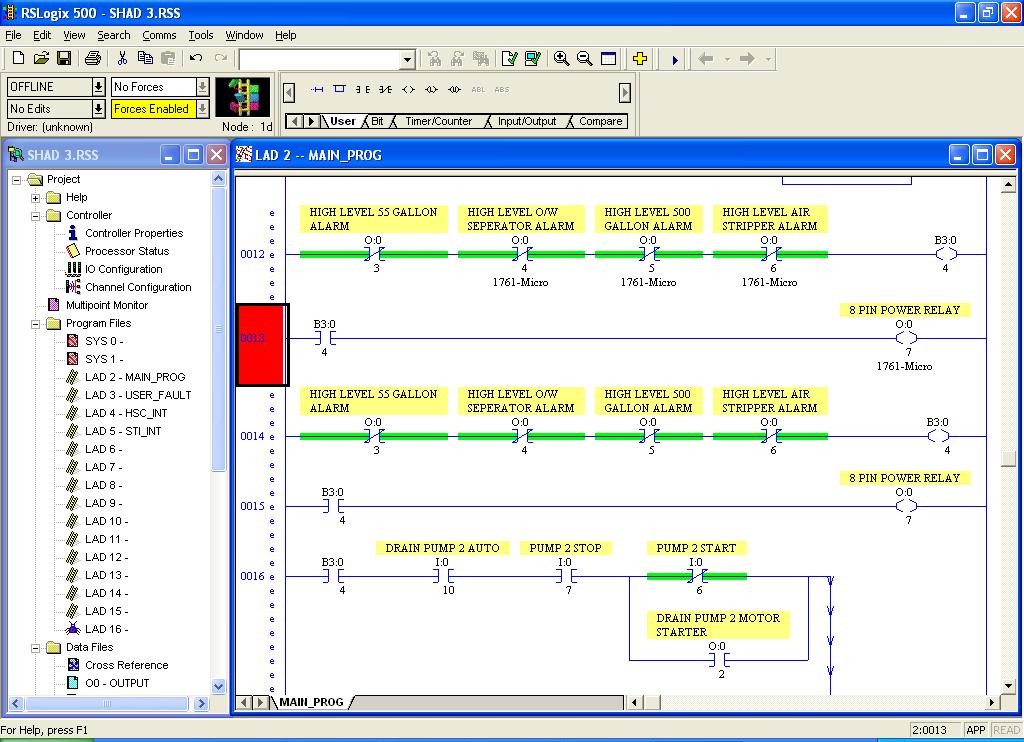