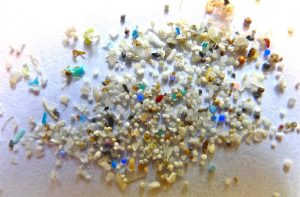 The National Ground Water Association’s technical journal Groundwater released a study in January, “Microplastic Contamination in Karst Groundwater Systems”, demonstrating the presence of microplastics (plastic debris less than five millimeters in length or about the size of a sesame seed) and other pharmaceutical residual and personal care products in Karst groundwater systems.

It is widely known that these environmental contaminants are found in other ecosystems such as open ocean, freshwater (streams and lakes), and soils, but until this study, no research has been completed specifically on the presence and abundance of microplastics in Karst aquifers. This specific type of aquifer (an underground body of water) is formed when water dissolves soft rock such as limestone, dolomite or magnesite, creating an ecosystem of fractures, large cavities and caves where water surface water can penetrate easily moves rapidly once in the aquifer.

Karst systems are most prevalent in the United States in the Midwest, Southeast, Texas, and Florida. Indiana contains several areas of karst landscape including the Mitchell Plateau in Southern Indiana. Karst contamination is of particular concern as about 25% of the world’s drinking water comes from karst aquifers.

In this study, samples were collected from two karst regions in Illinois (the Salem Plateau and the Driftless Area). 16 of the 17 samples contained microplastics and the samples showed varying correlations of pharmaceutical and personal care products with microplastics. While the study could not specifically attribute the exact source of the contamination, understanding the hydrogeologic conditions and drawing inferences from related surface water studies, the authors conclude sources are likely to be anthropogenic litter (i.e., trash) and drainage from private septic systems (washing machine discharge often includes synthetic fiber particles).

We encourage all homeowners and business to consider this and dispose of pharmaceuticals and chemicals properly, especially if you are located in an area in Marion County that is in a wellfield protection zone.

The full study is available for free for a limited time via Wiley Online Library.