You are here: Home / Portfolio / Search for Underground Storage Tanks on an Active Car Dealership

Recently, a car dealership in St. Louis Missouri was purchased by a national retail chain. However, prior to taking possession of the property, the retailer requested that a search for underground storage tanks (USTs) be conducted across a portion of the dealership that was believed to have contained USTs at one point in time. Mundell was contacted to scan the 0.5 acre portion of the site for any tanks that may still be present.

To determine if any USTs were still present beneath the survey area, Mundell performed a high-resolution metal detection survey using a Geonics EM-61. Ground penetrating radar (GPR) was included as a supplemental method to further characterize any metallic objects detected.

In addition to metallic surface features and subsurface utilities, the EM-61 survey also revealed the presence of three unknown anomalous metallic features: Anomalies A, B, and C. These features were further examined using GPR, and were interpreted to consist of a possible UST, a small former fuel oil UST, and a former tank pit with scrap metal still present, respectively. Test pits conducted in these areas confirmed the interpretations. 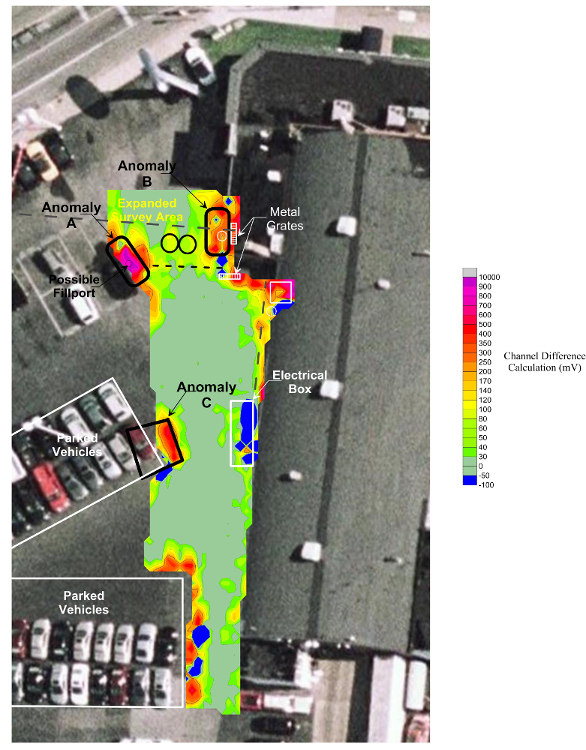