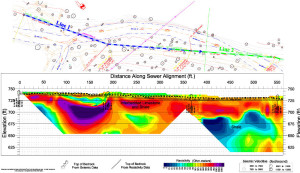 Recently Mundell was contracted by a municipality in western Ohio to map the top of bedrock and estimate rippability along a 5,100 foot section of a proposed sewer alignment. The alignment was located in a highly wooded park, characterized by drastic changes in topographic relief. Previous soil borings indicated that the bedrock beneath the site was composed of interbedded shale and limestone and ranged in depth from only 0 to 20 feet below the ground surface.

Mundell selected 2-D resistivity profiling as the primary method for mapping the top of bedrock, while seismic refraction was used as a supplemental technique for detecting the soil-bedrock interface, as well as determining bedrock velocities for rippability analysis. A total of twelve (12) resistivity and seismic lines were collected along the alignment, with electrode/geophone spacing ranging from 6.5 to 10 feet. Due to the extremely rugged terrain, the use of field trucks was not possible, and thus a Gator 4×4 utility vehicle was used to transport the equipment along the alignment.

The high resolution and quality of the resistivity/seismic profile lines, despite the rugged terrain of the site, not only allowed for successful mapping of the soil bedrock interface, but also yielded information regarding the rock type and the state of competency. Additionally, the seismic velocity data collected was used to determine the possibility of rippability along each section of the alignment. 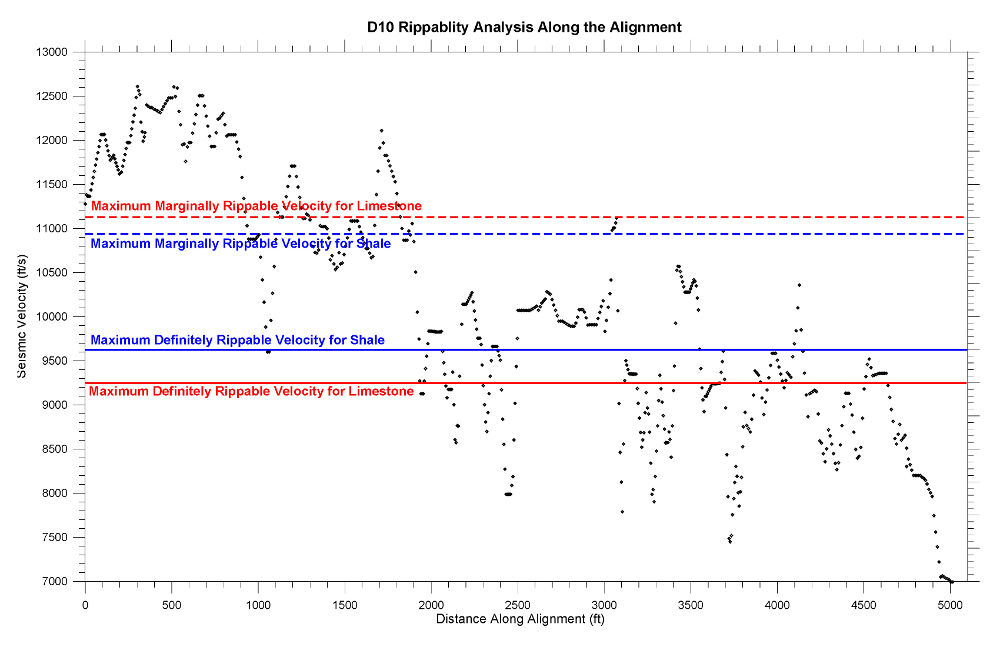