3-D model of the distribution of total petroleum hydrocarbons

An active rail yard in Kentucky was shown to be impacted by petroleum hydrocarbons after several phases of subsurface investigation. Sampling of the site soils with depth at 63 locations revealed a complex distribution of chemical concentrations that indicated active remediation was necessary. However, a straightforward interpretation of these residual impacts by standard presentation methods proved to be difficult. Mundell personnel were contracted to aid in the development of a site soil and analysis plan to aid in the selection of future soil and groundwater sampling locations for the development of remedial alternatives.

Mundell first developed a three-dimensional model of the distribution of total petroleum hydrocarbons (TPH) and polynuclear aromatic hydrocarbons (PNAs) for the site. The Earth Vision software was used to estimate the mass of site-specific contaminants of concern (COCs) that remained in the soil using irregularly spaced sampling and testing data.

The results indicated specific locations where the addition of sampling data would aid in the accuracy of the impacted volume distribution. A site sampling and analysis planned was developed that obtained selected soil and groundwater data. Ultimately, this data was added to the original Earth Vision model, and allowed for an updated calculation of total mass and distribution of petroleum hydrocarbons. This resulted in a detailed remedial action plan that was implemented for the site. 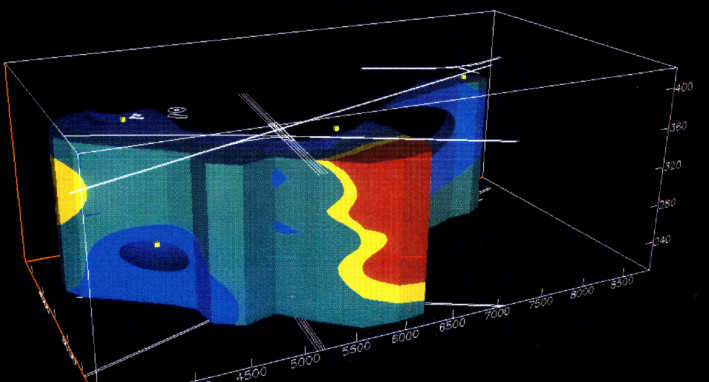 3-D model of the distribution of total petroleum hydrocarbons

John Mundell on the Environment and Ecological Conversion