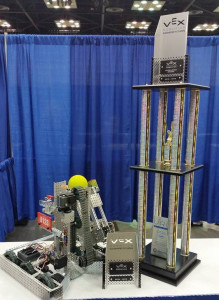 It’s been a great year for the Irvington Preparatory Academy’s Robotics Team, in only its second season in existence. As a proud sponsor of the club, Mundell & Associates would like to congratulate the team on their performance at the Vex Worlds 2016 in Louisville Kentucky this April, where they finished 35th out of 100 teams in their division with a 6-4 record, and 64th out of 500 teams in the robot skills challenge!

The team competed well in the city and state Robotics finals this year, as well being awarded the highest honor at the 4th Annual Indianapolis VRC VEX Robotics championship in January: The Mayor Gregory A. Ballard Excellence Award. This honor comes with a $10K scholarship to Rose-Hulman for each member of the team.

What is VEX Robotics?

Teams of middle & high school students around the world design, develop and build robots to compete in local, regional, state and ultimately world tournaments. STEM concepts are put to the test as participants design, program, build, and drive their robot. On the team, students work together and learn skills in leadership and communication . Each year Vex releases a new game-based engineering challenge with very specific guidelines. This year’s game is called “Nothing But Net”.  Learn more about VEX Robotics on their website. 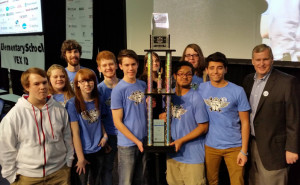 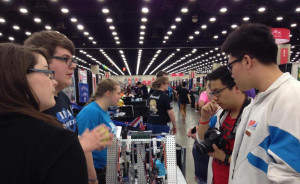 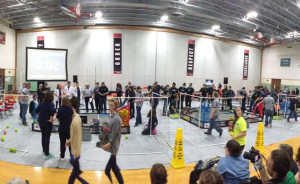