You are here: Home / Portfolio / GPR Survey Locates Subsurface Voids at a Historical Landmark in Indianapolis

Mundell was recently contacted by the City of Indianapolis to perform a geophysical survey at a historical landmark in downtown, Indianapolis. A water supply line had leaked at some point in the past beneath the said landmark, resulting in possibility of subsurface void generation due to the washout of sub-base material beneath the concrete slab.

To locate any areas of washout that may have occurred, Mundell personnel completed a high resolution, gridded ground penetrating radar (GPR) survey, utilizing a 1,000 megahertz antenna to view and characterize void space beneath the concrete surface.

The results of the GPR survey indicated that the sub-base materials beneath the landmark were mostly intact, although several zones of potential erosional development were detected, mostly localized to the underlying utility corridors and along the eastern extent of the survey area, and all within the upper two feet of the subsurface. In the end, the study performed by Mundell provided guidance to the City of Indianapolis, allowing for educated decisions to be made regarding potential repairs. 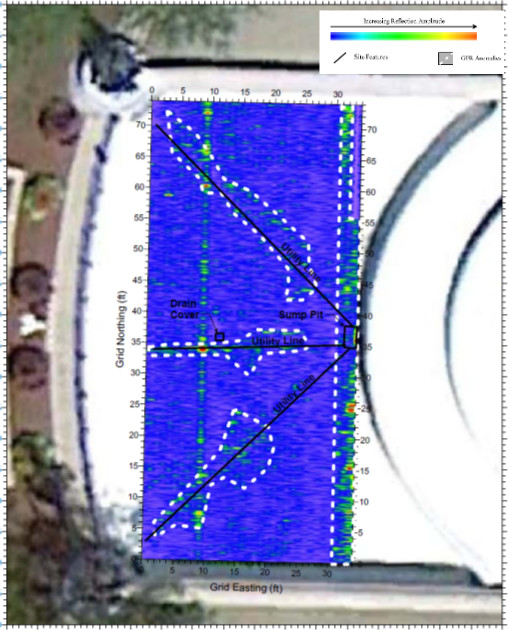