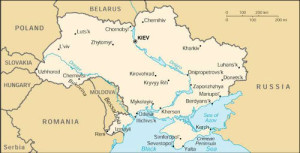 Ukraine is the largest nation in Europe and the second most populous of the former Soviet Republics, with a population of approximately 52 million people. As a former republic of the Soviet Union, Ukraine is a relatively new modern state and is working to establish itself as a viable member of the European community. While the capital of Kiev closely resembles any modern European capital, the majority of the country is still living at Soviet or pre-industrial standards. In the villages outside the major urban centers, running water is almost unknown. Residential drinking water supplies are typically provided by hand-dug shallow wells. Outhouses are used for sanitary facilities. As a result, maintaining a clean, dependable drinking water supply can be difficult for many villages.

Mundell provided manpower and funding for a Hydrogeologist to join a research team in northern Ukraine. The purpose of this small research team (4 members) was to examine various aspects of village life and develop specific plans for an American charity to provide targeted aid where it is most needed. The drinking water supplies of dozens of homes were evaluated and the wells inspected for signs of deterioration or contamination. Village residents were interviewed regarding their water quality and any historic illness associated with the drinking water.

The report of the research team was used to open discussions with the American charity and Ukrainian officials. This initial contact has been the basis for ongoing dialog regarding targeted assistance to villagers in northern Ukraine. As a result of the research team, several subsequent teams have been sent to continue working with local Ukrainian aid organizations and village leaders. 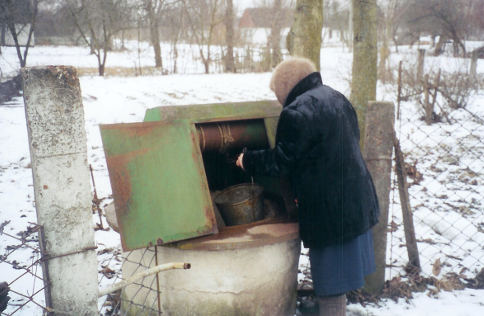